In Search of Paradise: Visiting the World’s Greatest Gardens 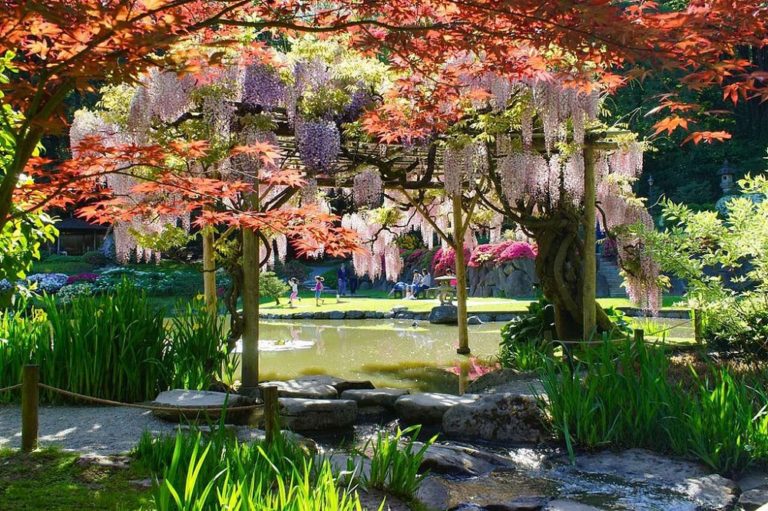 The garden holds an important place in cultures across the globe. As civilizations and man-made environments transformed, the garden evolved to have different meanings, as well.

The Persians called it the “bridge connecting the worlds of matter and meaning.” Francis Bacon described it as the “purest of human pleasures,” and the greatest refreshment to the spirits of man. To the Japanese, it reflects a deeper set of cultural meanings and traditions, while in England, it’s an exhibition of craft. In America, gardens were thrust into the Impressionist movement at a time when gardening became a middle-class leisure pursuit.

Today, gardens are a place where people come together and commune with nature in one peaceful stroll. But here are the ones that draw in the biggest crowds for their extravagant beauty, rich history, and architectural splendor. 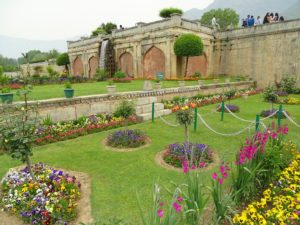 Heavily influenced by Persian gardens and derived from medieval Islamic gardens, India’s Nishat Bagh is a year-round oasis in a dusty, sweltering landscape. Nishat Bagh, which means Garden of Joy in Urdu, is a terraced Mughal garden in the state of Jammu and Kashmir, India. Its expansive cascade of twelve terraces is lined with cypress and chinar trees and multi-colored flowers. Like most walled gardens, the Nishat Bagh features pools, fountains, and canals laid out in rectilinear layouts.

Each terrace provides a unique vantage point to soak in the tranquil Dal Lake to the west and scenic Zabarwan Mountains to the east. Here, you can watch the early morning sun reveal the Himalayas peaks and the sunset in a blazing orange over the lake. At night, the moonlight glows in the still waters of the pools and fountains, and during the day, the birds fill the garden with song. The Nishat Bagh is truly a “paradise within paradise.”

The Nihon Teien, or Japanese Garden, has become of the country’s most iconic landmarks. This ancient landscaping technique is, in fact, replicated in many parts of the globe. The Nihon Sanmeien, or the Three Great Gardens of Japan, namely the Kenroku-en in Kanazawa, Kairaku-en in Mito, and Koraku-en in Okayama are bold expressions of creativity, philosophy, and pure admiration of nature.

Nature is deeply intertwined with Japanese culture, which is evident in the way local communities manage and modify their landscapes. This viewpoint contrasts with Western ideologies that borders must be placed between lived spaces and wilderness areas (read: National Parks). As E.J.W. Barber puts it, “whereas the English Garden seeks to make only an aesthetic impression, the Japanese garden is both aesthetic and reflective.”

Ancient Japanese landscape artists use the terms shakkei or borrowed scenery, while the spirits worshipped in Shinto as elements of the landscape or forces of nature. This encapsulates the philosophy that nature is superior to humans, a stark opposite to today’s anthropocentric sensibilities. Perhaps, this explains why a visit to a Japanese garden is a humbling experience.

Stone is a key feature in both the shakkei and nihon teien, where its placement doesn’t deviate from that of nature. This reflects the basic Japanese garden design principle that every detail has a significant value.

In Lazio, south of Rome, lies the most unassuming garden in the world. The Garden of Ninfa is a spectacular display of wildflowers and overgrowth rambling through medieval ruins. A tranquil lake formed by the river Ninfa flows through the landscape, creating a delicate environmental balance – a rare find in today’s gardens. You’ll not only see the remnants of the city of Ninfa, a temple built in the Roman era and destroyed in the fourteenth century, but also 1300 botanical species spread over eight hectares.

By using the romantic English-style of gardening, characterized by the deliberate return to the wilderness, vegetation blends perfectly with the medieval ruins. On top of the many varieties of roses, tropical plants, orchards, and deciduous trees, it’s now home to over 152 species of birds including the Barn Owl, Grey Heron, and Peregrine Falcon.

In Islam, gardens are not only a cool place for rest and contemplation, but also a reflection of Paradise (Jannah). The gardens sprinkled across Marrakech are the perfect display of this profound reverence. Water is a dominant feature in most landscaping styles, but it takes center stage in Islamic gardens and architecture. It’s not just because of the region’s hot and arid climate, though. Water is as symbolic as it is practical. It symbolizes life, purification, and sustainability. 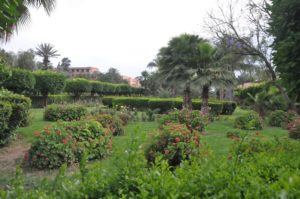 Given the shortage of water in these regions, ancient civilizations devised the “Qanat” or an irrigation system based on Persian hydraulic laws. It features a series of deep wells connected by tunnels which then carry water from the mountains to the fields and cities. If you visit the Agdal and the Menara, the two most important walled gardens in the region, you’ll see expansive irrigation tanks and marvelous feats of water surrounded by towering trees and olive groves.

Private courtyards in Morocco, like the one in Bahia Palace, are also noteworthy. A combination of Islamic and Persian architecture, these courtyard gardens display lush vegetation, dappled sunlight, the music of water, and elaborate Islamic decor. Colorful tiles laid out in intricate geometric patterns and nature flows in and out of parapets and hallways.

Taliesin is not only the summer home and studio of architect Frank Lloyd Wright, it’s also a sprawling 800-acre lot where nature unfolds in harmony with architecture. It’s also a museum and seasonal site for the FLW School of Architecture, where future architects learn about ecologically-sound principles in design. Wright was a pioneering architect, but he was also a voracious student of nature. And the Taliesin is the perfect culmination of his vision of marrying built environments with the natural world.

The entire structure is an example of the Prairie School style, made to invoke a sense of harmony between man-made structures and the rolling hills and flora of southwestern Wisconsin. The Organic Architecture proponent has this to say on Taliesin: “I meant to live if I could an unconventional life. I turned to this hill in the Valley as my grandfather before me turned to America – as a hope and haven.”

When visiting a new place, take the time to visit its popular gardens. They are more than tourist spots; they reflect the region’s culture and beliefs. Who knows, they may even reveal a thing or two about you.