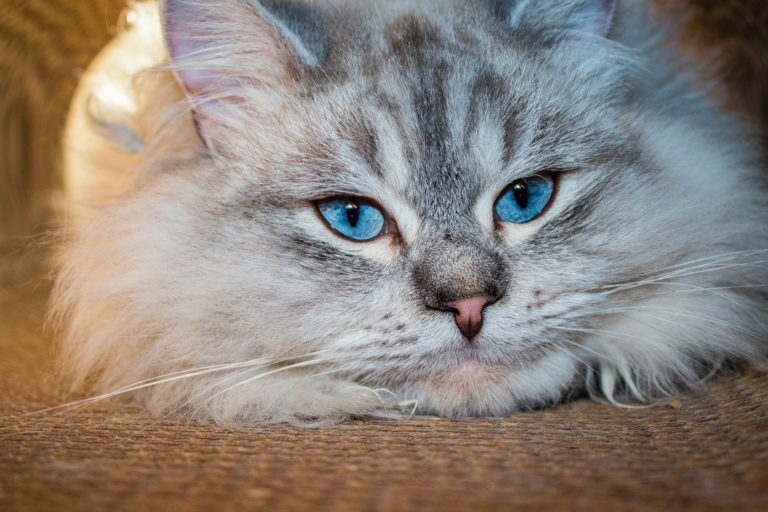 While I believe in the saying “adopt, don’t shop,” I recognize that a lot of people will prefer to buy a pet with a healthy track record from a certified breeder, or they need a pet with certain qualities, and such breeds that have these are rare finds in shelters. And Siberian Cats are one such breed.

Siberian Cats come all the way from Russia. But it’s not about their origins that are its unique selling point; it’s the fact that these cats are hypo-allergenic, which means that they are perfect for people with allergies despite their long hair. However, the price of owning a Siberian Cat starts at a thousand dollars, so before you can buy one, you have to make the decision on whether or not this cat breed is perfect from your home.

With that, we’ve gotten our paws dirty and compiled everything you need to know about Siberian Cats (and their kittens!) to see if the price of one cat will be worth it.

All About Siberian Cats: Overview

Siberian Cats are medium to large sized cats that can trace its roots back to the Siberian Forest Cats of Russia. Siberian Cats can trace their breed down centuries back to an ancient breed, and it’s believed that all long-haired cats are descendants of early Siberian Cats.

You can distinguish Siberian Cats from their round eyes, pointed-looking ears (but are really rounded any only appear pointed because of the tufts of hair on their ears), barreled chests, water-repellent coat of fur, tufts of hairs on their toes, and bushy tails. They are stronger and more muscular than the average cat, which is why they have stockier builds than most cats. They are more agile jumpers than the average cat due to their hind legs being longer and stronger than their front legs, hence they have a slight arch to their back.

Unlike other cats that have a reputation for being aggressive and territorial, Siberian Cats can exhibit behavior more commonly seen in dogs. When treated with care, a Siberian Cat can be playful but quiet, intelligent, and can be trained to play fetch.

According to the International Cat Association, Siberian Cats date back as early as 1000 AD. In Russia, Siberian Cats were featured in children’s books and fairy tales that depicted it as magical cats that could protect young children and open up unseen worlds. For more realistic and practical uses, however, these cats were used to control rodent infestations. These cats could survive Siberia’s harsh and cold climate because of its thick coat and large frame.

Surviving records suggest that they first appeared in a cat show in London, England in 1871 at the Crystal Palace, according to Harrison Weir’s Our Cats and All About Them (1889). Other books by John Jennings in 1898 and Helen Winslow in 1900 mentioned Siberian Cats, but it was Winslow’s book that was the first publication in history to feature a picture of a Siberian Cat.

By the 1980s, domesticated Siberian Cats became popular in Russia, so formal breeds and standards were created by different organizations around the world. Many cat fanciers and breeders wanted to create unique types of Siberian, so they tried breeding with other cats. A crossbreed between a Siberian and a Siamese, for example, resulted in a type of breed known as the Neva Masquerade.

Because of the high price of importing Siberian Cats (along with the other expenses that go with buying this expensive cat), it’s rare to find a Siberian Cat or a Siberian Cat breeder outside of Europe. Thus, purebred or mixed breed Siberian cats in the United States that weren’t bought from abroad may most likely be a descendant of Terrell’s Siberian cats, Kaliostro, Ofelia, and Naina.

Cat clubs in Russia were allowed to devise its own standards of what constitutes as the Siberian Cat breed. While the Kotofei Cat Club was the first one to publicize their standards in 1987 of Siberian Standards, other clubs would go on to create their own standards depending on which part of Russia they originated from. This led to a lot of confusion, since not all Siberian cats looked alike. Towards the end of 1994, however, the World Cat Federation approved the final Siberian Breed Standards.

In 1996, the International Cat Association elevated Siberian Cats to championship status. This meant that the breed was now one of the 73 approved breeds that could enter its cat shows and competitions.

Siberian Cats are generally bigger than the average cat. Its wide chest and large frame, combined with its longer coat of Fur, has helped the breed survive cold temperatures, while its paws and legs provide it with the strength and agility to jump large heights that not all cats can manage. However, their round eyes give them a sweet and innocent expression on their face.

Siberian Cats have three natural layers of fur: their guard hair, awn hair, and down hair.  The bottom layer (also the inner-most layer), down hair, is the flat and curly undercoat used to insulate body heat and dry air next to the skin. The next layer, awn hair, is slightly less curly and provides uses seen in both down and guard hair, and assists in insulating body heat while also repelling water.

The outer layer, guard hair, is the thicker hair that is most visible of a cat’s coat. This repels water and sunlight, preventing the undercoat from getting wet and damage from UV radiation. Its thickness also prevents a cat from sustaining scratches on its skin when fighting with others. This is the layer of skin that cats tend to raise when they are agitated by a seen threat.

Siberian Cats do not have a specific color, and several color varieties are genetically possible. They can shed their fur up to two times a year.

The truth is, however, that there is no such thing as a hypoallergenic pet. You’ll find that a lot of Siberian Cat owners online will say that their allergies do not trigger with their cats, but in reality, Siberian Cats carry less allergens, not none. There is less dander on a Siberian cat’s fur especially in female cats, but there’s still a certain amount of it. So, while you’ll have less chances of triggering your or someone in your household’s allergies, there may still be a chance of it.

Siberians require generally the same amount of maintenance as other semi-longhaired cats. Like an average cat, they are playful and adventurous but also have moments when that are generally calm. They can also be affectionate to humans when raised in a proper environment. However, if you place your cat in a stressful environment that can often agitate them, your cat’s personality may be different.

Siberian cats are very active and have a lot of energy. It’s best to keep your cat indoors because their fearless and curious nature can lead them to wander and underestimate potential threats. You also risk the chance of people stealing outdoor Siberian cats, especially if your cat doesn’t run away from strangers. However, because of your cat’s energy, you’ll need to provide it with stimulating toys and places it can play on, or else it’ll be tempted to use your furniture as an alternative playground and scratching post.

Like most cats, a Siberian Cat is independent, for the most part, can groom itself. Unlike other cats, though, it enjoys playing in water and can be bathed, but it’s best to bathe them as early as their kitten stage so they can get used to the feeling.

Because of their slightly long coat, you’ll need to occasionally brush their hair out a few times per week. During its shedding period, though, you might have to brush their hair every day. Their coat will be thicker during the winter and thinner in the summer.

Siberian Cats are at risk for the typical feline health problems, especially hypertrophic cardiomyopathy, a genetic condition that Siberian Cats tend to have. If they do have this, an echocardiogram from your vet can help you find out. Aside from this, as long you give your cat everything it needs to maintain a natural and healthy lifestyle, you should have no problem.